The global LPG maritime trade has improved this year, which has helped LPG shipping companies. In its latest weekly report, shipping broker Banchero Costa said “Global LPG trade has remained fairly positive so far in 2021, despite the global impact of COVID-19. Even in 2020, total LPG imports by sea increased + 0.9% year-on-year to 137.5 million tonnes, according to ship tracking data from Refinitiv. While this still represents an increase over the 2019 figure, the growth rate has been significantly slower than the + 4.0% increase recorded in 2019 and + 7.7% year-on-year in 2018 ”.

According to the shipping broker, “In the first 10 months of 2021, the trend has remained similar to last year. Between January and October 2021, global LPG imports increased + 1.4% year-on-year to 116.0 mln tonnes, compared to 114.4 mln tonnes in the same period last year. However, these totals mask significant differences in demand from different importers. From January to October 2021, LPG imports to mainland China increased by a very good + 20.5% year-on-year to reach 21.9 mln tonnes. This is a significant acceleration from last year, when volumes grew only + 2.1% year-on-year over the same period. 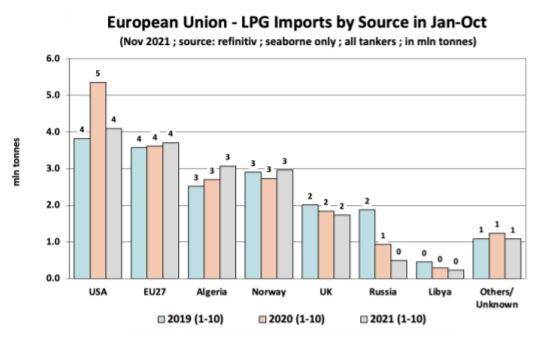 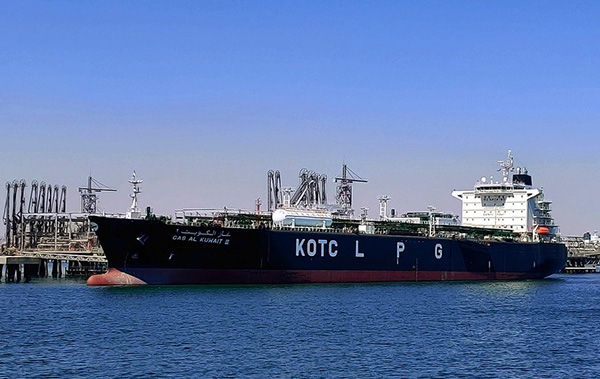 “Mainland China now represents 18.9% of global LPG maritime trade, ahead of the EU27 with 15.0%. In the first 3 months of 2021, the European Union imported 5.4 million tonnes of LPG, which is a decrease of -12.6% year-on-year compared to the same period of 2020, although this is reflects an unusually high base in 1Q2020. The second quarter of 2021 was stable in terms of volume and saw shipments again at 5.4 million tonnes to the EU, which was however + 13.3% year-on-year compared to a very poor 2Q2020 . In the third quarter of 2021, imports fell to just 4.9 million tonnes, down -14.4% year-on-year from the same quarter last year, the worst quarter since the first half of 2020. Following the signing of the trade agreement with Trump. administration, China has generally complied by significantly increasing its imports of US energy products, including LPG, ”said Banchero Costa. 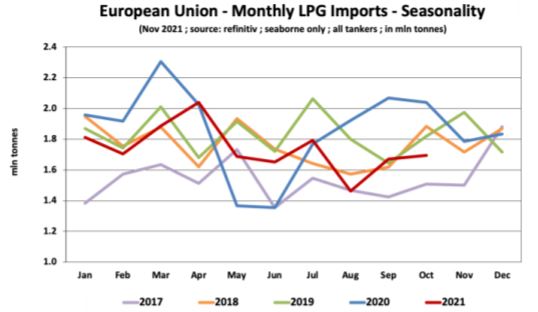 Danish Ship Finance has released its latest semi-annual report on shipping markets with plenty of projections for shipping to digest. Danish Ship Finance analysts expect maritime trade volume growth to slow in 2022 to 3% from 4% this year, with no support expected from longer travel distances. Container, dry bulk, product and gas tanker volumes […]

Dorian LPG Ltd. said global maritime supplies of liquefied petroleum gas increased in the quarter ended June 30, due to increased exports from the United States. On the market: “The global supply of LPG by sea increased by approximately 1.5 million tonnes in the second calendar quarter of 2021 compared to the first calendar quarter […]

Shipping has been grappling with a double-edged sword lately as it faces tougher environmental measures around the world, while also facing a slowdown in maritime trade, which is having a negative effect on markets. income. In fact, it is estimated that industry freight rates will not rebound over the next 12 months. Source: Intermodal In […]