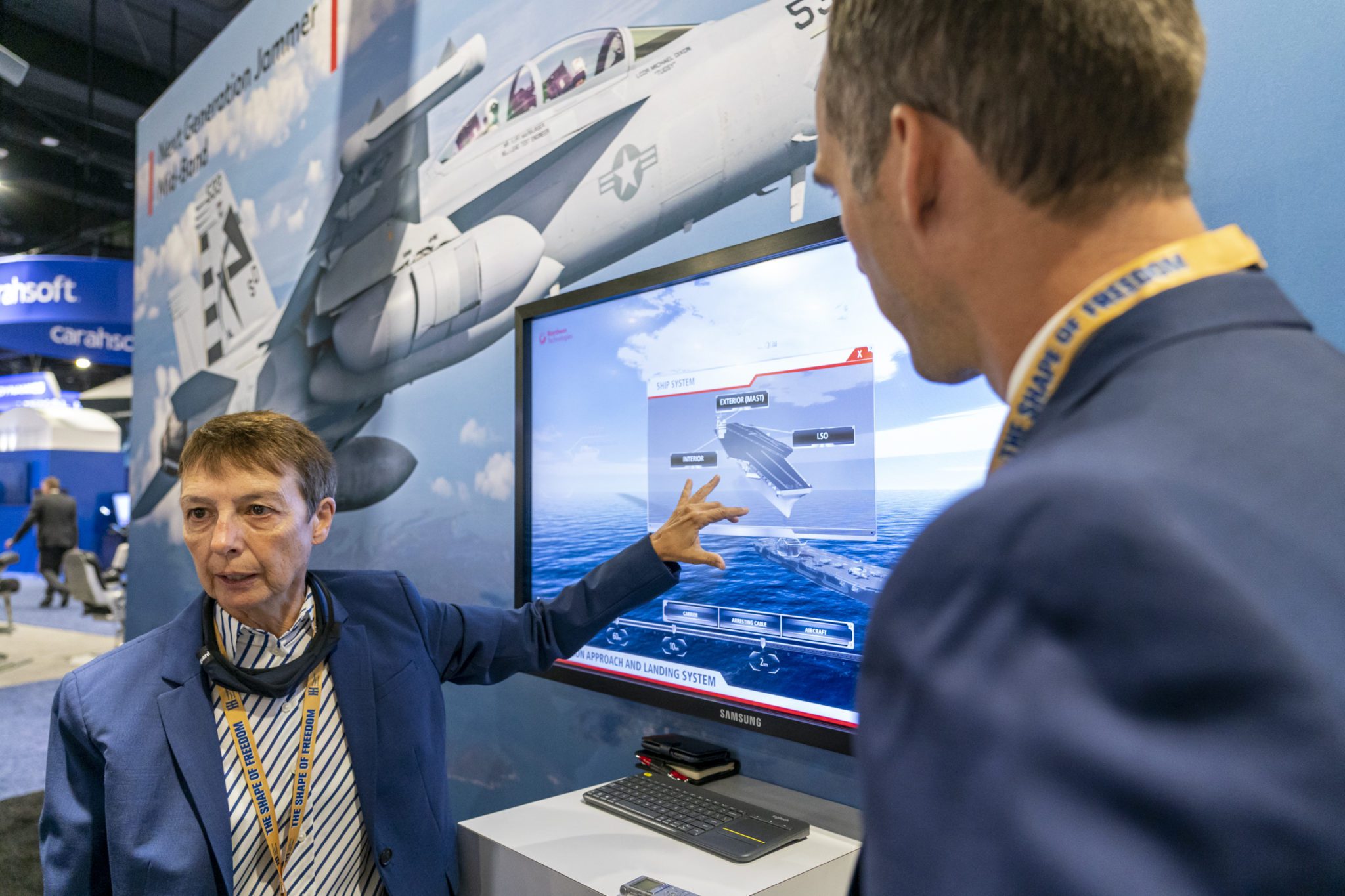 NATIONAL HARBOR, Md. – Raytheon has developed a version of its Joint Precision Aircraft Landing System (JPALS) designed for expeditionary airfields, which it offers as ideal for Marine Corps expeditionary base operations.

CJ Jaynes, executive technical advisor, Precision Landing Systems for Raytheon Intelligence, Information and Services, speaking at the Navy League’s Sea-Air-Space exhibit in National Harbor, Md., Said the company has developed JPALS laptops that could be deployed in a forward base to provide precision landing for aircraft equipped with JPALS avionics.

The expeditionary JPALS consists of a user display, antennas and processing racks, and a generator. It can be transported in a vehicle such as a Humvee or a Joint Light Tactical Vehicle. The system can be installed on site in 60 to 90 minutes by one or two employees.

JPALS uses triangulation to provide precision landing data to aircraft up to 20 nautical miles away. It can provide information to a fixed-wing aircraft while providing landing data to a helicopter within range.

The system does not rely on a precision approach radar or an instrument landing system, said Brooks Cleveland, Raytheon’s senior aviation advisor for Precision Landing Systems.

Aircraft currently configured for JPALS include the F-35A / B / C attack fighters and the CMV-22B Osprey carrier delivery aircraft and will be installed on the MQ-25A Stingray unmanned aerial vehicle. Installation on the F / A-18E / F Super Hornet is scheduled for the period 2026-2027.

Jaynes and Cleveland said the Peripheral Field Earth System was also praised by Marine Corps F-35B pilots as it allowed them to practice using the system that would allow them to be more prepared for deployment on board.

JPALS was first deployed to the amphibious assault ship USS Wasp for use by Marine Corps F-35Bs. The USS Carl Vinson was deployed on August 2 as the Navy’s first aircraft carrier to deploy with JPALS. The ship carries the F-35C and CMV-22B during their first deployments.

Raytheon built 12 engineering and manufacturing development versions of JPALS and delivered 10 of the 26 production versions. Raytheon plans to deliver the rest by 2023.