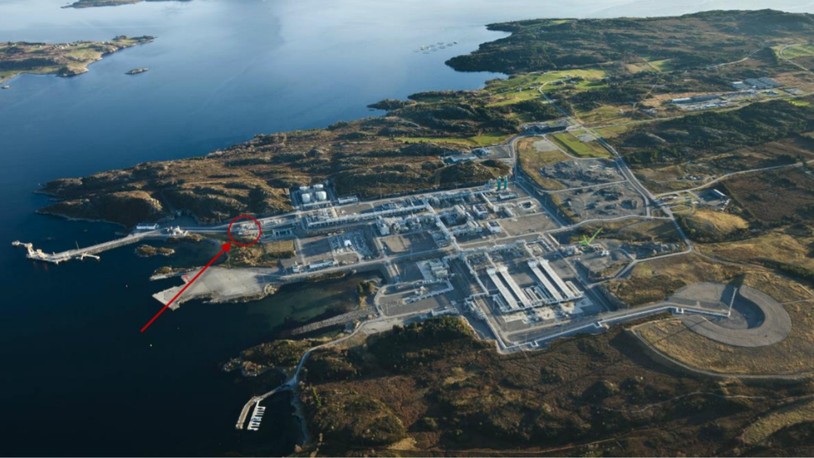 The parties have agreed to explore the development of a hydrogen fuel hub at the Nyhamna gas processing plant in Aukra, Norway (source: Shell)

The AS Norske Shell arm of the Energy Major aims to develop a large-scale production facility for clean hydrogen at the Aukra Hydrogen Center using natural gas from the local Nyhamna gas processing plant.

AS Norske Shell has signed the MoU with Aker Clean Hydrogen, a developer of hydrogen fuel facilities and CapeOmega, an oil and gas infrastructure investor which is co-owner, along with several energy majors, of the Nyhamna processing facility in Aukra. municipality of Møre and Romsdal which Shell partially owns and operates.

The aim of the Memorandum of Understanding for the Nyhamna facility group is to develop an operation to produce Aukra’s own hydrogen that could be used as a hydrogen hub for maritime and road transport. The hydrogen fuel hub could also be used to serve local industry and export hydrogen to European consumers.

“Together, we have what it takes to develop, build and operate the Aukra Hydrogen Hub in a safe and cost-effective manner,” said Knut Nyborg, Managing Director of Aker Clean Hydrogen.

Aker Clean Hydrogen aims to reach a net installed capacity of 5 GW by 2030, the company said.

The Nyhamna processing facility was built to export gas from the Ormen Lange gas field to the Norwegian continental shelf and has been expanded.

In addition to its stake in Nyhamna, Shell is the operator of the Ormen Lange gas field on the Norwegian continental shelf.