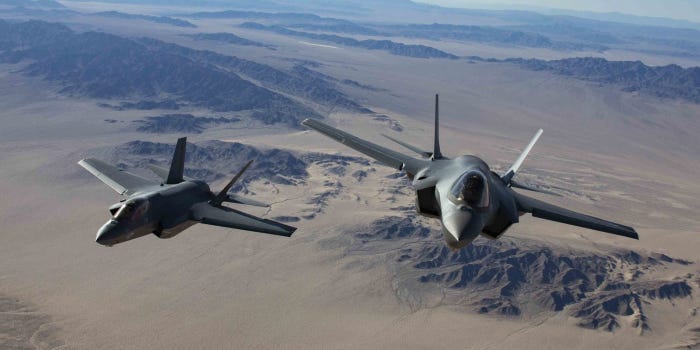 Marines have traditionally flown the F-35B, a vertical take-off / landing (STOVL) variant that can fight from airstrips or amphibious assault ships. Although the F-35B has not yet reached full operational capability, this jet has been active.

The F-35B was first deployed in March 2018 aboard the amphibious assault ship USS Wasp, and later that year a Marine Corps F-35B became the first to fly in combat when ‘he took off from the USS Essex to carry out strikes against the Taliban.

The fifth-generation stealth fighter variant C, however, is designed to operate aboard US Navy aircraft carriers. The jet can carry more fuel and is designed for catapult launches and aircraft stops.

Based out of Marine Corps Air Station Miramar in San Diego, Calif., The “Black Knights” received the first F-35Cs from the Marine Corps on January 21, 2020.

In December, the squadron met the minimum requirements to deploy aboard aircraft carriers and support combat operations, a status known as Initial Operational Capability. At this point, the fighter squadron was technically considered to be officially combat ready.

This initial operational capability allowed the “VMFA-314 to deploy the F-35C on aircraft carriers where they can support combat operations anywhere in the world,” the 3rd Marine Aircraft Wing said at the time.

“They are now complete and bring the incredible 5th generation capability to the 3rd MAW,” said 3rd Marine Aircraft Wing Major General Major General Christopher Mahoney in a statement, adding that ” they will be deployed as part of a carrier strike group. year. “

VMFA-314 Operations Officer Major Derek Heinz said “many hours were spent maintaining aircraft, launching and recovering aircraft at Miramar, other military facilities and on board. of the ship to carry out the training required to achieve these objectives “.

“The Marines of VMFA-314 have gained the confidence to fight this aircraft and are confident that we can do it in combat if called upon,” added Heinz.

In the meantime, the squadron continues to make the necessary preparations for future deployments through the availability of bespoke ship training, which includes communication, medical, flight and onboard exercises.

The 3rd Marine Aircraft Wing is the largest aircraft wing of the Corp. and, as the recent VMFA-314 Full Operational Capability Milestone Statement explained, it “remains combat ready, deployable on short notice and deadly when called into action.”