SAirborne coal trade declined in 2020 as major exporters registered lower trade figures. In its latest weekly report, shipping broker Banchero Costa said that “in the 12 months of 2020, global trade in coal by sea has declined by as much as -12.7% year-on-year, according to data from tracking Refinitiv’s ships, as closures shut down much of the global economy. Nonetheless, the Pacific Basin (and particularly China and Vietnam) has remained one of the few bright spots on the global map , which has helped to support demand for Australian coal. In fact, “Down Under” coal exports have declined less than most other major exporters. ” 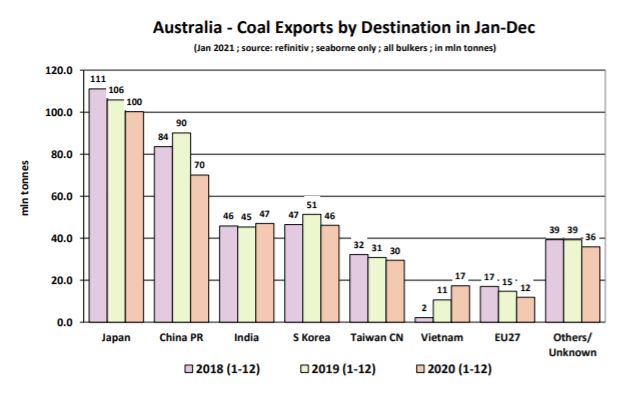 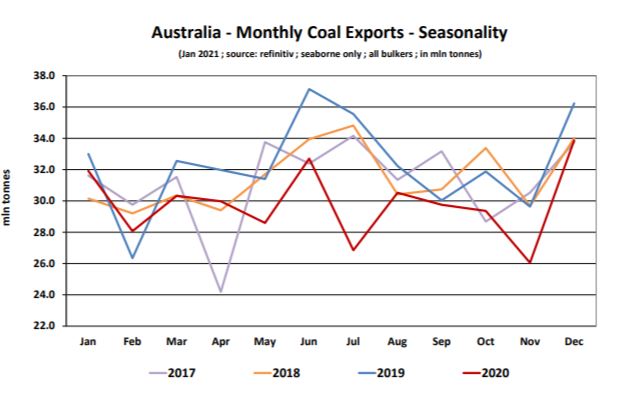