The deadly decline in fleet readiness this year is caused, in part, by budget cuts, Navy management says, but DC think tanks say the money is there, the problem is to know how it is spent.

Currently, the Navy spends around $ 837 million on shipboard training, including funding for Aegis training, according to a report released last week by the Center for Strategic and International Studies. Report author Seamus Daniels, research assistant for CSIS Defense Budget Analysis, said it works out to about $ 3 million per ship in annual training on board.

“This would be a very easy and relatively inexpensive area to scale up, in terms of increased funding,” said Todd Harrison, a CSIS analyst.

For years, however, the Navy has cited a lack of funds to create situations where basic seamanship and navigation training was either reduced or not completed. After the Navy released a comprehensive review of fleet operations last week, Admiral John Richardson, chief of naval operations, said insufficient seamanship and navigation training was a major contributing factor to a series of fatal incidents at sea. 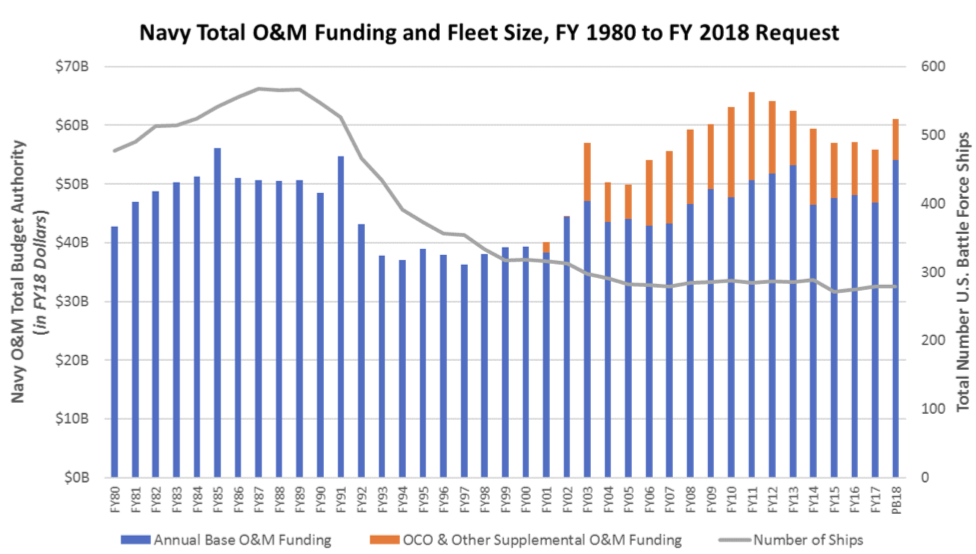 Neither the full review nor Richardson gave a figure on how much additional funds, if any, would be spent on training.

Since the 1980s, however, Navy funding has steadily increased by 10 percent, according to the Daniels Report which assessed how much money was spent on operations and maintenance (O&M). At the same time, the Navy’s fleet has shrunk by 53% to the current number of 279 ships, from 568 ships in 1987, Daniels said.

Even after the Budget Control Act of 2011, Daniels said the Navy still had near historic O&M funding levels, to pay for a fleet close to its smallest size in decades. Yet during this period of increased O&M funding, the Navy’s spending on training has remained relatively stable, according to Daniels’ analysis.

Bryan Clark, senior researcher at the Center for Strategic and Budgetary Assessments, disagrees with SCRS’s findings regarding lump-sum training funding. The current budget request for fiscal 2018, Clark said, increases training funding to $ 977 million, or about $ 3.5 million per vessel. 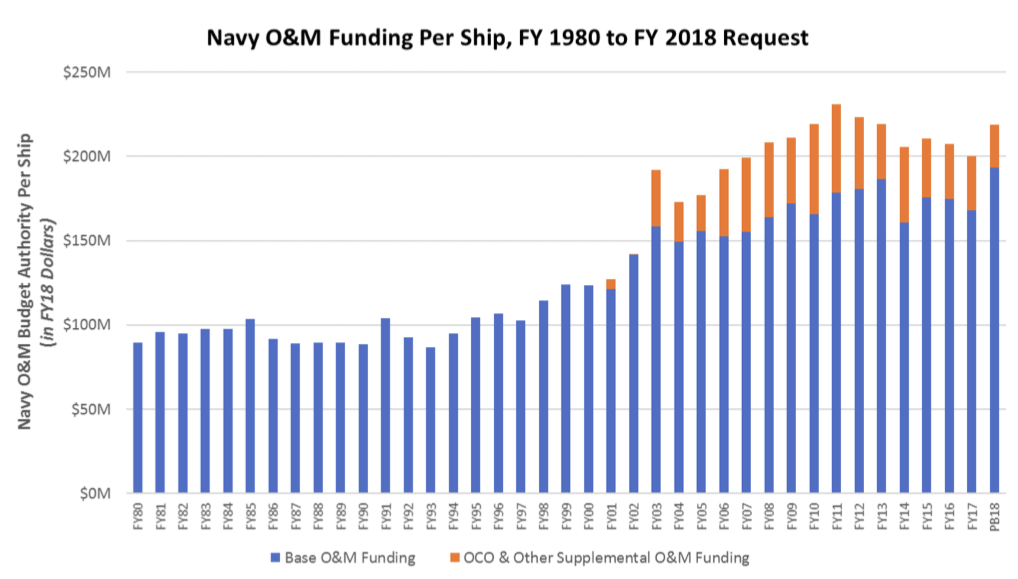 “This account could be increased, but it has grown significantly over the past few years,” Clark said. “The main contributor to the Navy’s overall readiness deficits is the mismatch between fleet supply and demand, as we documented in our 2015“ Deploy Beyond Their Means ”study and the GAO described it in several reports since 2015. ”

The full review, however, indicates that funding shortfalls have resulted in a decrease in Navy-wide capability and readiness. Funding issues, according to the review, have put more pressure on Japan-based ships – involved in this year’s spate of incidents at sea – while limiting the Navy’s ability to move other ships. areas.

But Clark also disagrees with the full review’s assessment, and somewhat agrees with Daniels’ overall assessment of how the Navy’s finances aren’t the issue. “O&M funding is not the primary contributor to the Navy’s readiness deficits, although Navy officials suggest it is,” said Clark.

While Navy leadership routinely mentions funding issues as contributing to a decline in readiness, this issue has been debated and often debunked by think tanks for years. Clark noted this in July, while testifying before the Senate Armed Services Committee’s subcommittee on maritime power, and reaffirmed that belief last week, after the publication of the Comprehensive Fleet Review. of the Navy. 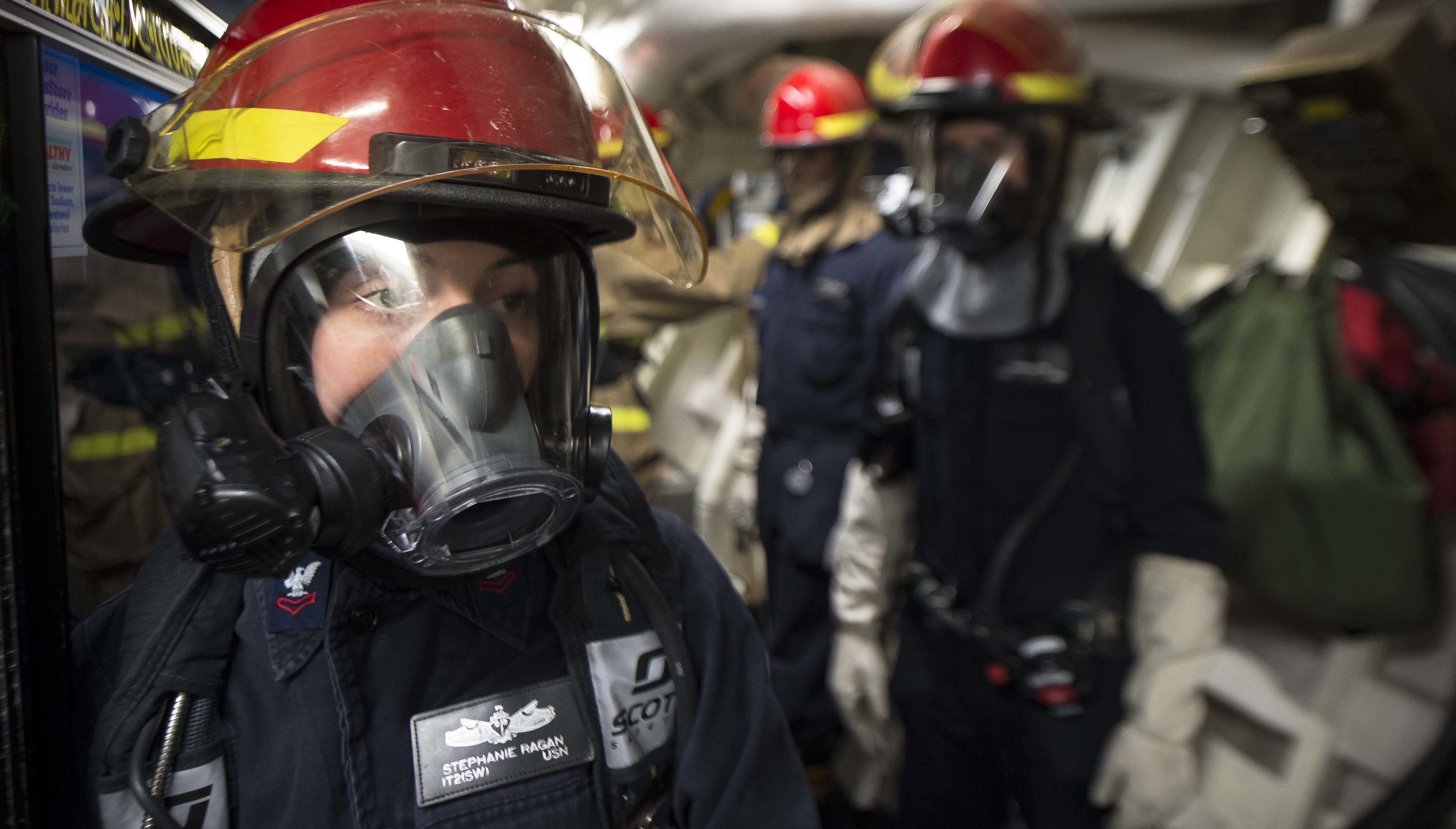 Even with the Budget Control Law of 2011, overall O&M funding has increased, but increasingly relying on a less predictable source, Overseas Emergency Operations (OCO) funding, Clark said. Recently, he added, OCO funding has been a growing share of the Navy’s budget. This is expected to change in fiscal 2018, but the budget has yet to be finalized.

Relying on OCO funding, however, is a problem as this funding is only available once the budget is finalized. “Maintenance periods and overhauls are planned about a year in advance, so the funding delay makes it difficult to know how much work to plan,” Clark said.

If funding is late, Clark added that maintenance often ends up delayed. Some jobs may be delayed longer than necessary, while others may end up being rushed due to capacity issues at the shipyard. “This increases maintenance costs, even though the same or less work can be done,” Clark said.

What is not addressed in the in-depth review, but what the CSIS study and Clark’s research points to should be discussed further, is the size of the fleet. Harrison said Navy officials wanted the current fleet of 279 ships to do the job of a fleet of 355 or 400 ships.

Deployment of first F-35B begins aboard US warship in Japan

MELBOURNE, Australia – The US Navy’s amphibious assault ship Wasp has arrived at its new home port in Japan, paving the way for the first time for the Lockheed Martin F-35B Lightning II fighter to set sail for a cruise operational later this year. On January 14, the ship’s arrival at the 7th Fleet base […]

Bell V-247 Vigilant. Photo courtesy of Bell Currently the only US military service without a high-end unmanned aircraft, the US Marine Corps is looking for a high-altitude, long-endurance drone that can be launched from a ship, perform reconnaissance and relay communication. to deployed ground forces for about $ 20. millions per copy. Other missions for […]

CORAS will support US Navy shipboard systems with AI / ML

TYSONS, Va .– CORAS, a business decision management software company located in Tysons, Va., Has won a prototype project agreement under the other transaction authority with the Naval Information Warfare Center Atlantic of the ‘US Navy for Information Warfare Research Project (IWRP). The objective of the prototype is to improve and troubleshoot information technology systems […]